Since this week there are changes in the Google Search Console. On the one hand, the data for the index coverage has been improved, on the other hand, Google announced to have introduced a new feature in the form of a Google News performance report.

Improved data in the index coverage

Based on user feedback, Google decided to make improvements to the index coverage report in their Search Console. Users should now be able to better understand why some pages are not crawled or indexed by Google. The improvements should lead to a better overview of the existing errors on the website and help to solve them.

Improvements that have been made are for example:

These changes can be found in the index coverage report from now on.

This is intended to give news publishers and web publishers a better impression of user behavior on Google News on the apps for iOS, Android or the news.google.com. The new section is displayed in the Google Search Console on the left navigation page.

According to Google, the report includes metrics such as impressions, clicks and click-through rate and is designed to answer the following questions from web publishers:

This report is available for every web page in Google News and is intended to complement the existing Search Console reports. 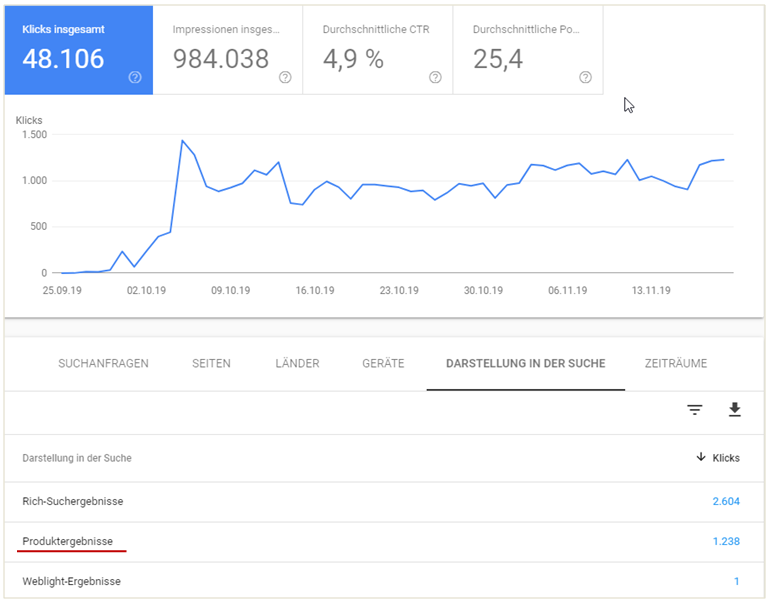 "Life goes up and down - like the Sistrix visibility index" (Nadya, SEO trainee at the time).
I started as an SEO trainee almost two years ago, because two great people recognized my potential and the will to learn and live SEO. Thanks to Marco and Janni I found my passion in SEO and today I can't imagine my life without it. It is always fulfilling when your own measures take effect and your work pays off by ranking at the top.